A diverse and inspiring range of projects were showcased at the presentation ceremony for the Victorian Coastal Awards for Excellence 2012 held at the Melbourne Museum last night (Thursday, 26 April 2012).

Hosted by the Victorian Coastal Council, the awards are in their 13th year.

Over 250 individuals from volunteer groups, committees of management, government and non-government organisations attended the evening.

Wurundjeri Elder, Colin Hunter provided the welcome to country and the Minister for Environment and Climate Change, the Hon. Ryan Smith presented the awards to this year’s winners.    The Minister acknowledged the important role of volunteers in coastal management and confirmed the Government’s commitment to broadening community participation and engagement in coastal issues.

An encouraging response to the call for nominations this year resulted in 20 finalists across five award categories including building and design, education, community action and partnerships, natural environment and planning and management.  Mr Bernie McCarrick received the Outstanding Lifetime Achievement Award and Rosemary Birney received the award for Outstanding Volunteer Achievement.  Details of all the award winners and their projects can be viewed using the links below.

Judging was assisted this year by the Victorian Government Architects Office, the Building Commission and the Building Design Association of Victoria.  This award recognises outstanding examples of built facilities and infrastructure that respect and complement the coastal landscape and incorporate ecologically sustainable design and construction principles. The category was split this year to recognise two outstanding nominations.

The Keast Park Community pavilion is the result of a group development process that promotes community interaction and enhances a sense of connection with the coastal foreshore.   The building replaces a structure that was in disrepair and has been sited so part of the primary dune can be reinstated.

The project demonstrates the principle of co-location with the building accommodating the local sea scouts, the bowls club, public toilets, a café and a multi-function space. The building’s orientation, thermal mass, cross ventilation and windows which maximise winter sun penetration mean that significant energy efficiencies are achieved. 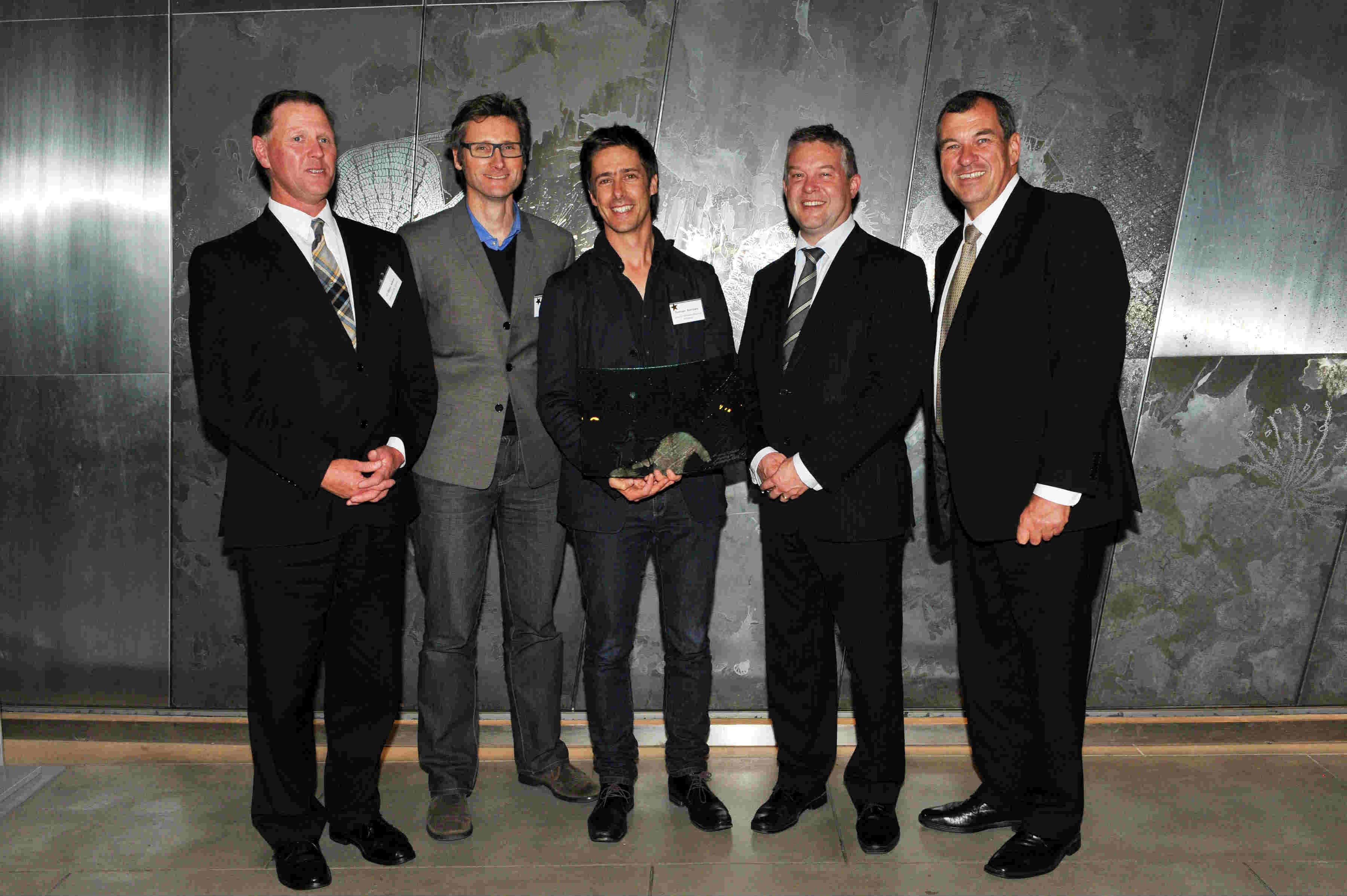 The 1927 timber bridge at Barwon Heads was integral to the identity and character of the town and its coastal setting.  The reconstructed bridge retains the heritage status of the original bridge and preserves its iconic appearance.  The adjoining new pedestrian bridge provides generous circulation space for pedestrians, cyclists and people wanting to fish and has been carefully designed to complement the road bridge.  Selected timbers have been recycled, infiltration tanks capture stormwater and low level LED lighting saves on energy and prevents unwanted light spill into the estuarine environment. Awarded to a community group, business or other body, in recognition of their contribution to the improvement of coastal and marine environments and/or the improved wellbeing of coastal communities.  Two of the finalists in this category were so closely ranked that the judges’ decision was to split the category into two awards.

Cooperation between community groups and land managers can produce a powerful alliance. Over 5 years a strong, energetic partnership between the Bellarine Catchment Network, the Swan Bay Environment Association and the Borough of Queenscliffe has achieved real improvements in the health of the dune system and the Coastal Moonah Woodland. Extensive community involvement in on ground works, plant identification workshops and plant propagation has played an important part in the rehabilitation of this area of the coast. This project is a good example of how the coast benefits from a community that thrives on having an active and ongoing role in its stewardship. 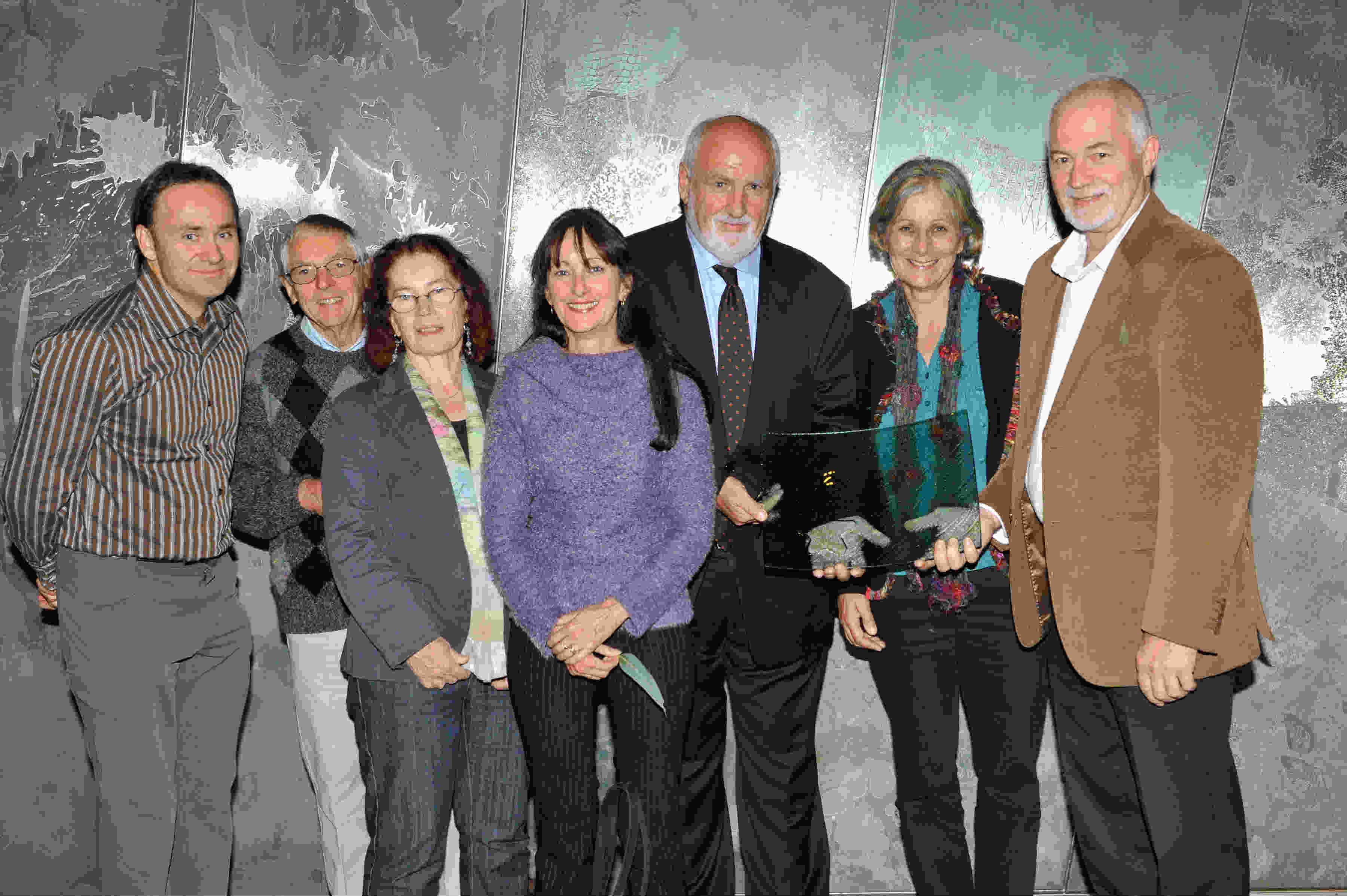 Watson Creek flows into the Yaringa Marine National Park and has been identified as one of the most polluted creeks in Victoria. The Western Port Biosphere initiated the Watson Creek Agreement which has led to greater cooperation between groups who both affect and manage the creek.  The basis of the agreement is a “no blame, all responsible” approach to dealing with problems such as excess nutrient runoff and pest plant and animal impacts.  Using imagination and collaboration with local landholders, businesses and community members, the group has achieved significant water quality improvements with positive flow-on effects for the Yaringa Marine National Park. This award category recognises excellence in the development or delivery of marine and coastal environmental education.

For the past 10 years, Reef Watch Victoria has been committed to educating the diving and wider community about Victoria’s unique coastal and marine biodiversity. Through initiatives such as the annual ‘Great Victorian Fish Count’, ‘Feral or In Peril’, the schools program and its annual workshop program, Reef Watch has built community capacity and fostered custodianship of the coastal and marine environment.  The annual ‘Great Victorian Fish Count’ attracts print, radio and TV media interest, greatly increasing the profile of Victoria’s temperate reef fish species and the habitats in which they live. 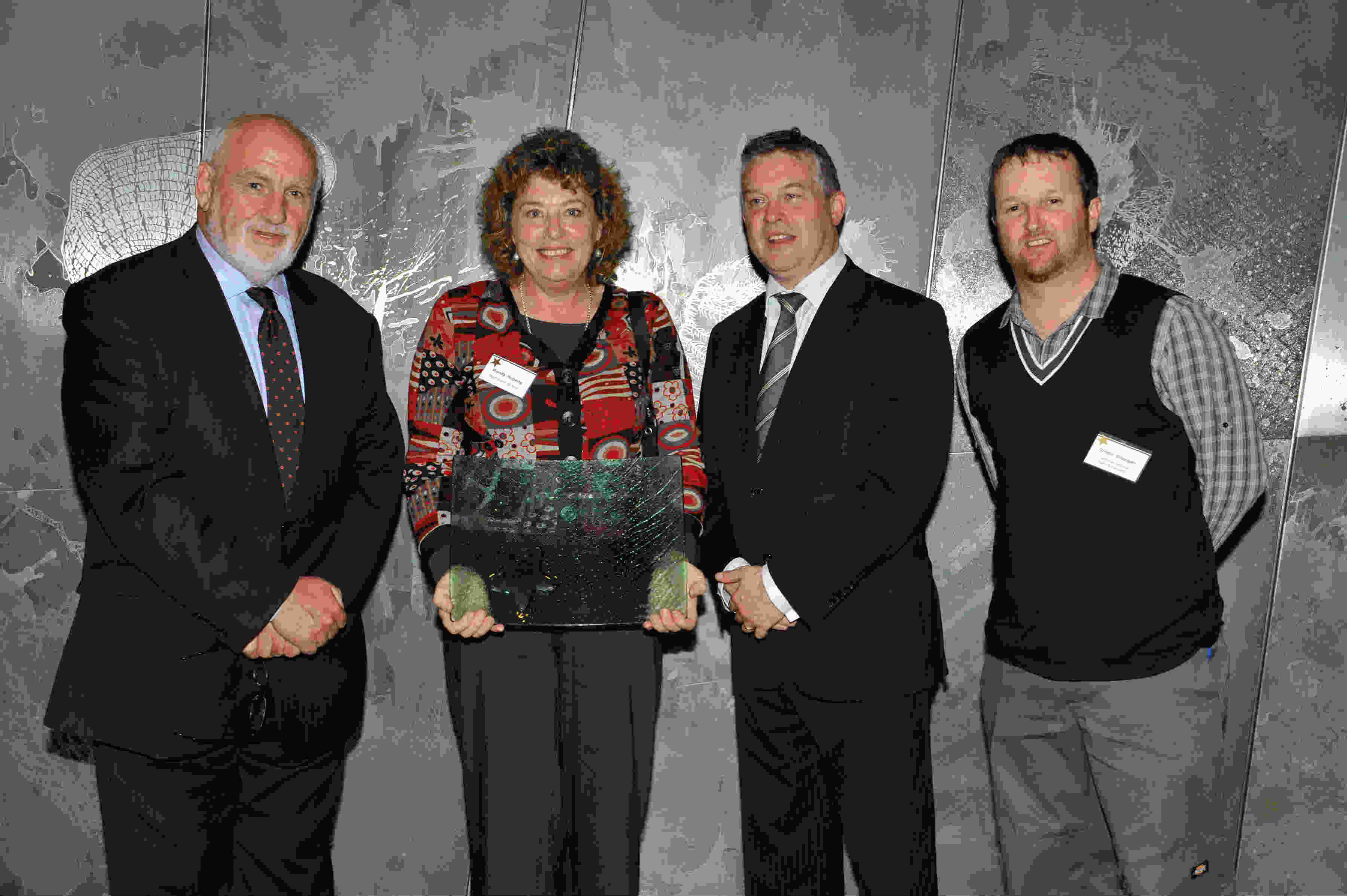 The Natural Environment award is awarded to an individual, group or body in recognition of their contribution to:

Phillip Island Nature Parks had a vision to eradicate foxes from Phillip Island. Nine of the ten penguin colonies were gone, with foxes the primary cause. Despite a fox control program instigated in 1985, penguins were still being killed. A commitment to a fox eradication program over 5 years using science, fieldwork, partnerships and technological innovation has resulted in ZERO Little Penguin kills in the past two years.  This is a first in 42 years!  Penguin numbers have increased from 14,000 in 1985 to 32,000 in 2011 and other species have increased too, including Cape Barren Geese, Masked Lapwings and Hooded Plovers.  A big win for biodiversity. The Coastal Planning and Management category is awarded to a group or body that has:

Made a planning document, report, scheme, strategy or policy that demonstrates a significant contribution to protecting and enhancing Victorian coastal and/or marine environments and/or the improved wellbeing of coastal communities, or

Demonstrated excellence in management activities that contribute to the significant protection, improvement and sustainable use of coastal and marine environments.

The foreshore is Port Phillip’s most outstanding natural and cultural asset and plays a very important social and recreational role.  The Foreshore Management Plan guides how to protect, maintain and manage the city’s coastline.  For the first time, the City has a plan which provides strategic directions to address unsustainable impacts on the Port Phillip coast and community. Issues include increasing demands for additional facilities, declining vegetation, ageing infrastructure, a changing climate and a “24 hour culture” over summer.  The plan reflects the area’s environmental needs and the aspirations of the community, key stakeholders and council. The Outstanding Individual Achievement Award is awarded to an individual who has made a significant personal contribution to improving the coastal and marine environment. The award recognises the efforts of those leaders in our communities, and those professionals working in all manner of organisations that have consistently protected and promoted the interests of our coast.

The Judging Panel elected to bestow an award in this category to two recipients this year.

Over three decades Bernie McCarrick has worked tirelessly to protect and improve the Port Phillip Bay (Western Shoreline) and Bellarine Peninsula Ramsar Site.  His passion and commitment to increasing awareness and understanding of the international significance of these coastal wetlands for migratory shorebirds has been unwavering.

For many years, Bernie worked for Cheetham Salt.  It was during this time he became familiar with the wide range of wetland birds, including many that migrate from the northern hemisphere that used the shallow ponds for feeding.  His interest led to close associations with organisations such as the Victorian Wader Study Group, various bird observer clubs and researchers, increasing his understanding and knowledge.  When the salt works ceased operations, Bernie ensured that the values of the site were maintained, in spite of significant pressure for development, until the area was reserved as a Crown Land Reserve for conservation purposes.

In 1982 whilst Bernie continued working at the site for Melbourne Parks and Waterways, the Cheetham Wetlands were successfully nominated for a listing as a wetland of international importance under the Ramsar Convention.  His long association and intimate knowledge of the area was a significant factor in his appointment in 1996 as Park Ranger with the newly formed Parks Victoria in the Point Cook Coastal Park.  He is widely recognized as someone who is dedicated to the coast, wildlife and people. 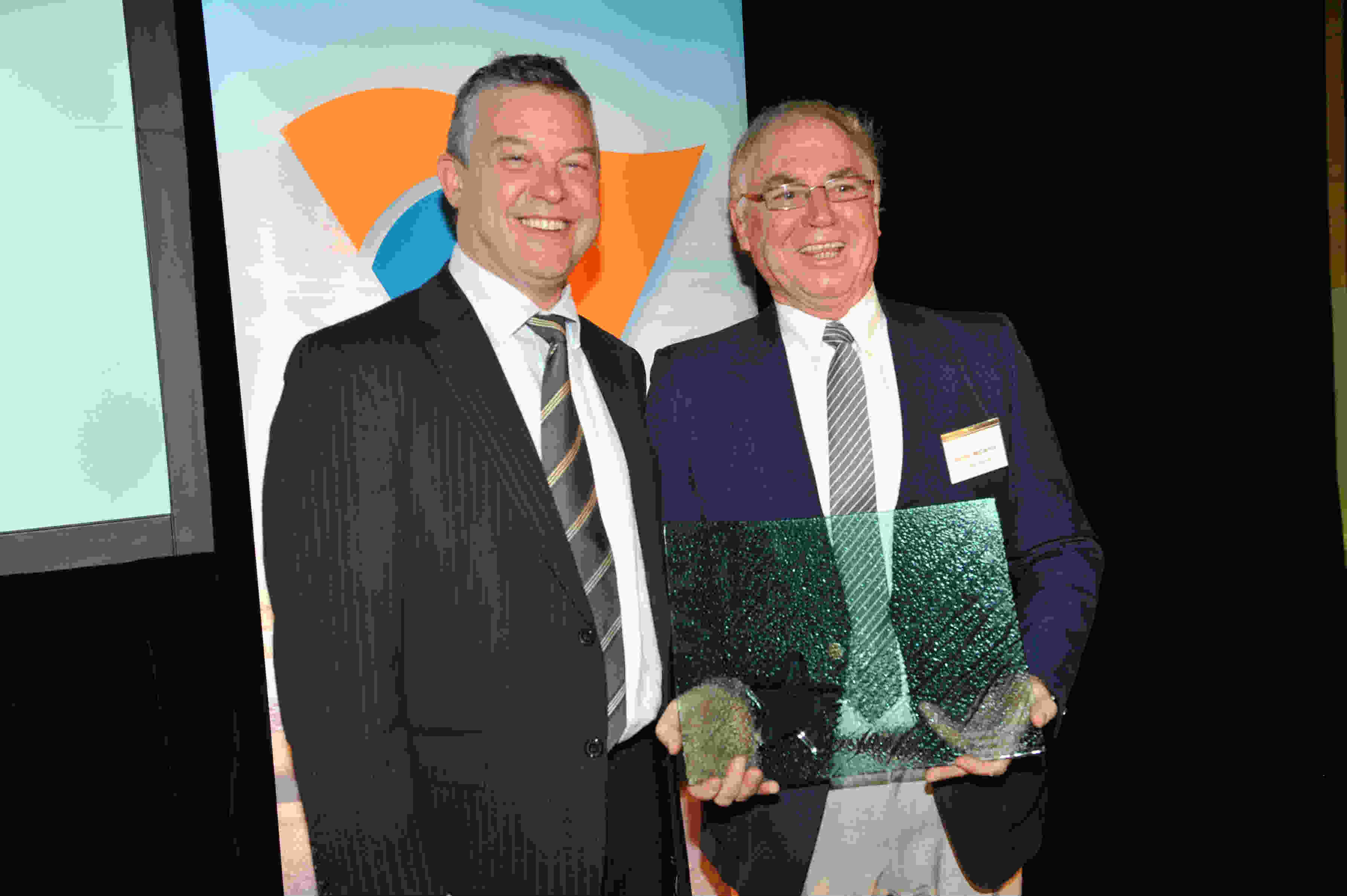 Participating in on-ground works, applying for grants, writing reports, attending to correspondence and minutes have all been part of the volunteering effort which has seen the transformation of a large area of foreshore from bare ground to a pleasant area of native vegetation.

Far from despairing when foreshore vegetation has been destroyed to improve bay views, Rosemary has taken steps to include people in the process of weed removal and reinstatement of indigenous plants, encouraging a sense of community ownership and pride. 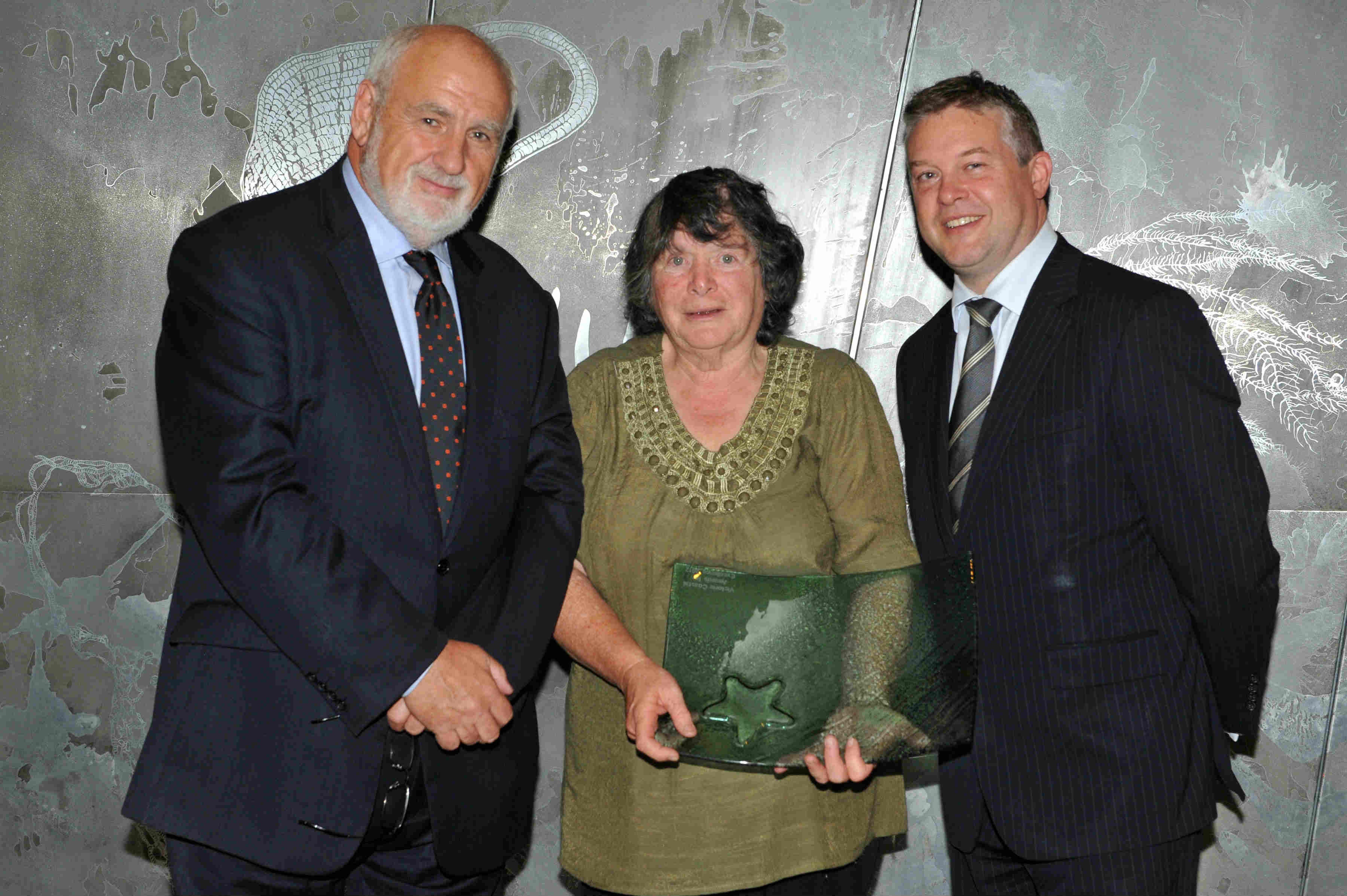 Master of Science (Zoology) The University of Melbourne 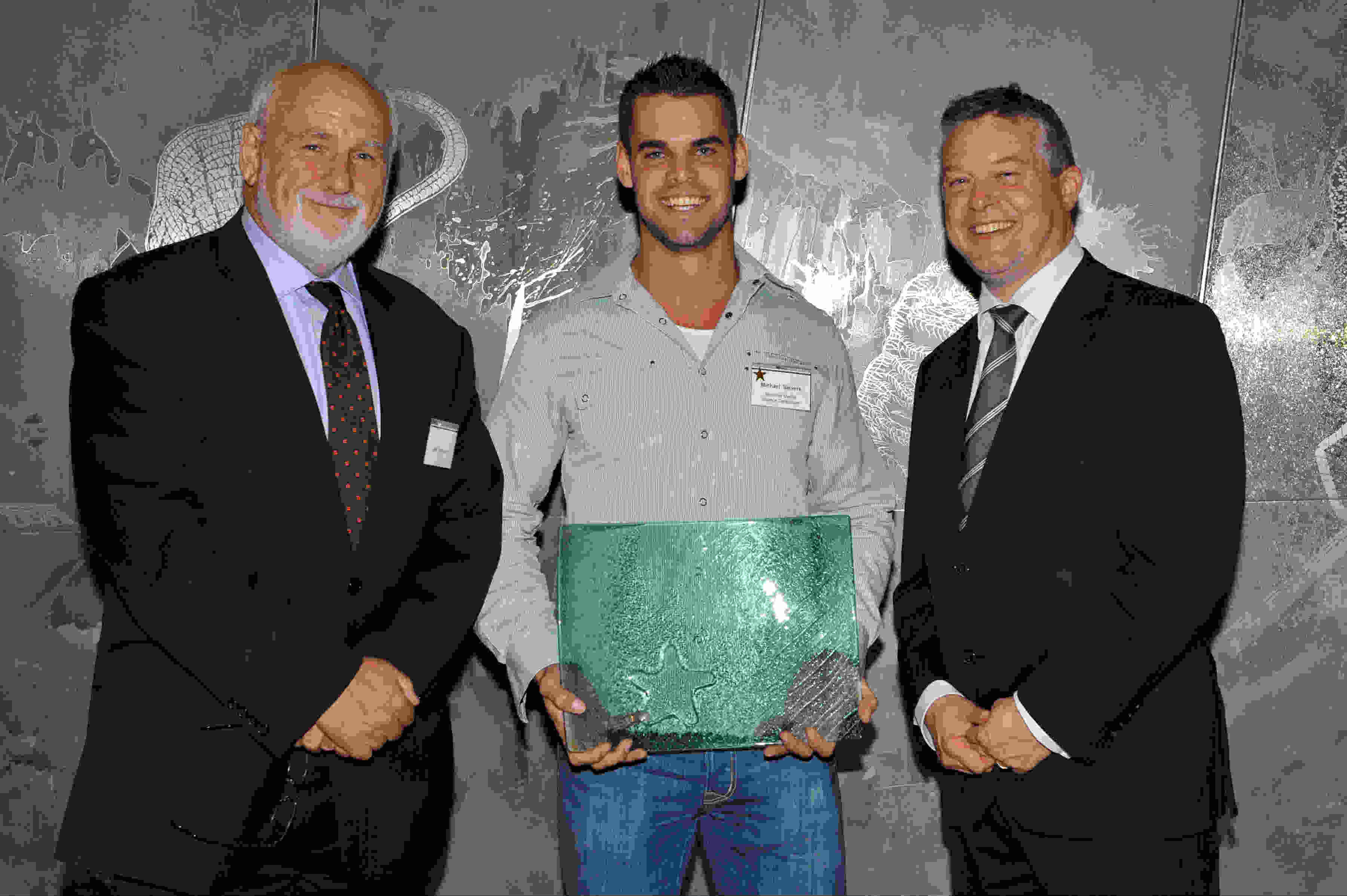