The Victorian government honoured the work and commitment of a wide range of community groups and individuals at the presentation ceremony for the Victorian Coastal Awards for Excellence held at NGV International on Thursday 11 September 2014.

Over 250 individuals from volunteer groups, committees of management, government and non-government organisations attended the evening. Wurundjeri Elder, Uncle Ron Jones provided the welcome to country and the Minister for Environment and Climate Change, the Hon. Ryan Smith presented the awards to this year’s winners.

The Minister acknowledged the important role of volunteers in coastal management with a special award given to Coastcare Victoria to celebrate 20 years of program service. 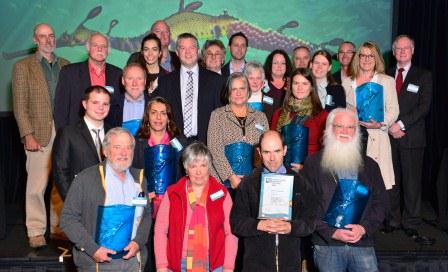 Yarram Yarram Landcare Network has worked closely with landowners to enhance and protect high priority areas of coastal vegetation adjacent to the Ramsar-listed wetlands of Corner Inlet and Nooramunga Marine and Coastal Park in Gippsland.

In partnership with West Gippsland Catchment Management Authority and Coastcare Victoria, the Coastal Saltmarsh Protection Project has protected 700 hectares of coastal saltmarsh on freehold land between Port Albert and Reeves Beach. Management activities have included fencing to exclude livestock from sensitive areas, weed removal and revegetation with indigenous plants. This landscape-scale project has enabled the local community to work collaboratively to create an ecological buffer zone between farmland and Ramsar-listed wetlands.

The long term goal to provide a continuous bio-link to protect significant wetlands around Corner Inlet is now becoming a reality. 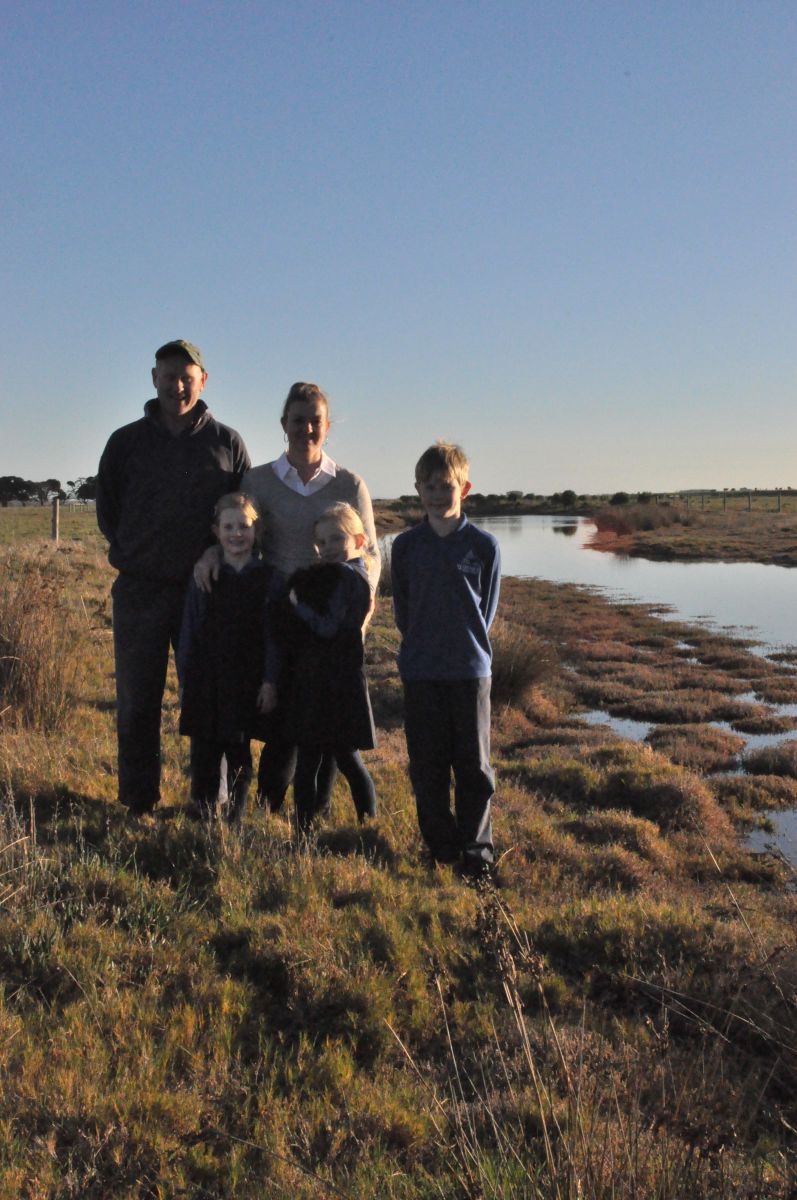 A special award given this year to Coastcare Victoria and its dedicated volunteers for twenty years of outstanding program of service to coastal and marine education, conservation and management across Victoria.

The Coastcare Victoria program provides a pathway for volunteers to continue their work and improve the coast for the benefit of all Victorians. Today there are approximately 20,000 volunteers acting as stewards for Victoria’s coastline. Strong partnerships between the Department of Environment and Primary Industries, volunteers, land managers and stakeholders help to ensure positive local and regional outcomes are delivered in coastal areas. Some design highlights include the large lookout platform which draws people to the unique vista over the Rip, Pt Nepean and Queenscliff. The design is sympathetic to historic and landscape features such as the pier and bluestone seawall, with large chunky ‘pier’ style deck, faux bluestone curved seat wall and a range of feature seats built from reclaimed Point Lonsdale Pier timber.

Overall the project has enriched this popular foreshore area through clever design to provide improved facilities that encourage use and participation.

Based in Inverloch, Bunurong Coast Education offers environmental education to community members of all ages, abilities and backgrounds, transforming the way they understand and value Victoria’s unique coastal and marine environments.

School curriculum topics such as science, mathematics, and the arts can be covered during a coastal excursion with Bunurong Coast Education. At the same time, students gain a deeper understanding and appreciation of the fragile and diverse ecological communities along the Bass Coast, leading to a better appreciation for its care and protection into the future. The Rye Recreational Boating Precinct Plan presents an integrated vision for the future planning and management of this important boating and recreational precinct. The Plan aims to address the needs of existing users of the boating precinct more effectively, while also supporting and enhancing opportunities for broader community use and enjoyment.

The network is made up of passionate volunteers from across the State, who together make a major contribution to the conservation of Victoria’s marine environment. Hundreds of hours of volunteer time is invested annually on a range of projects, from citizen science monitoring of seagrass meadows and marine pest populations, to community education projects that aim to promote awareness and conservation of marine parks. 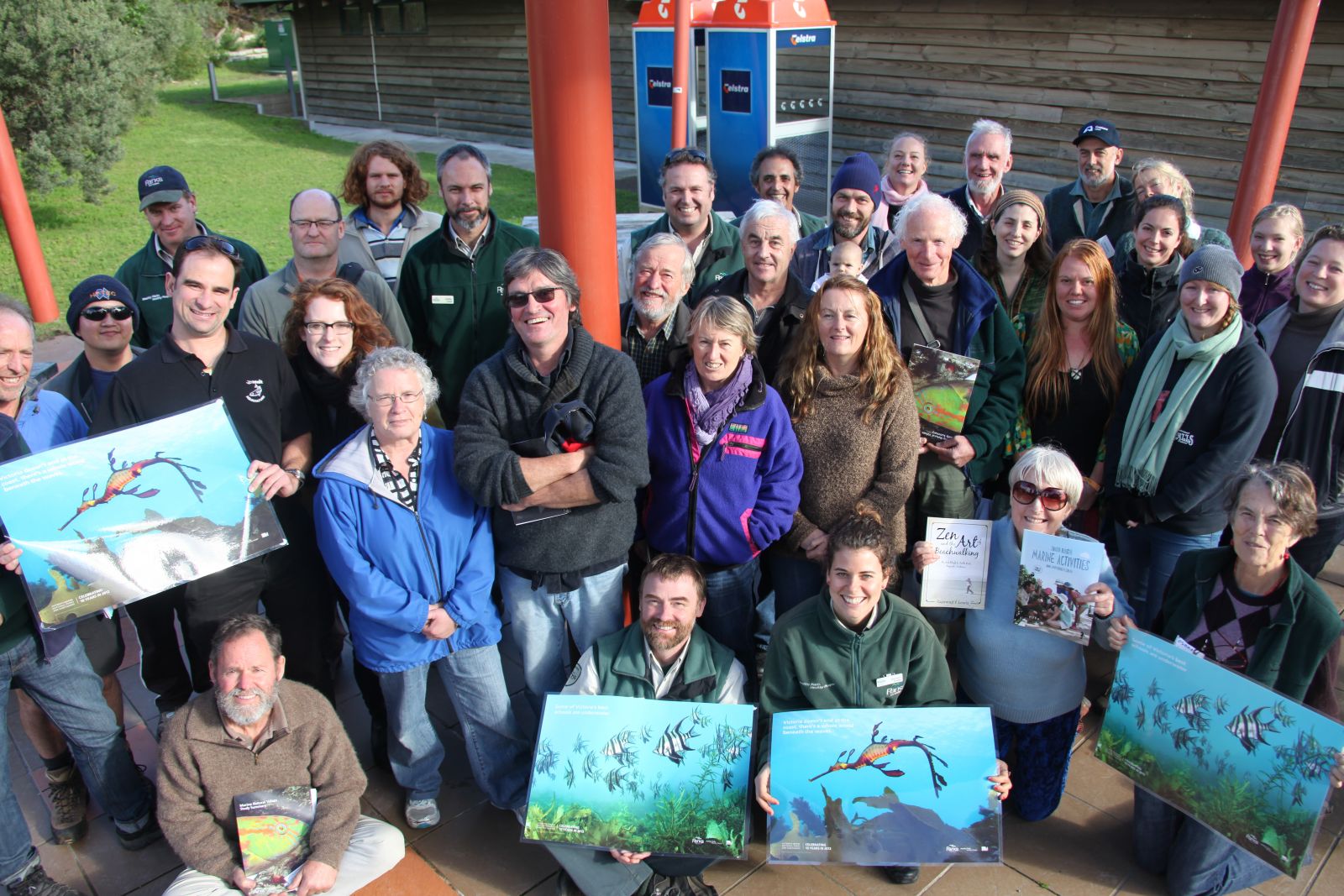 The group has worked tirelessly to form extensive partnerships with a range of coastal community groups and land managers. This collaboration has resulted in improvements to the Glenelg River estuary, Long Swamp wetlands, Discovery bay Coastal Park and Livingstone Island. The group is also very proud to have initiated the successful nomination of Long Swamp and Glenelg River estuary as Ramsar wetlands.

The passion and enthusiasm of the Nelson Coastcare Group motivates and inspires others to get involved. As a result, local community culture is changing, with residents showing an increased appreciation of the natural and social values contained within this coastal hamlet. 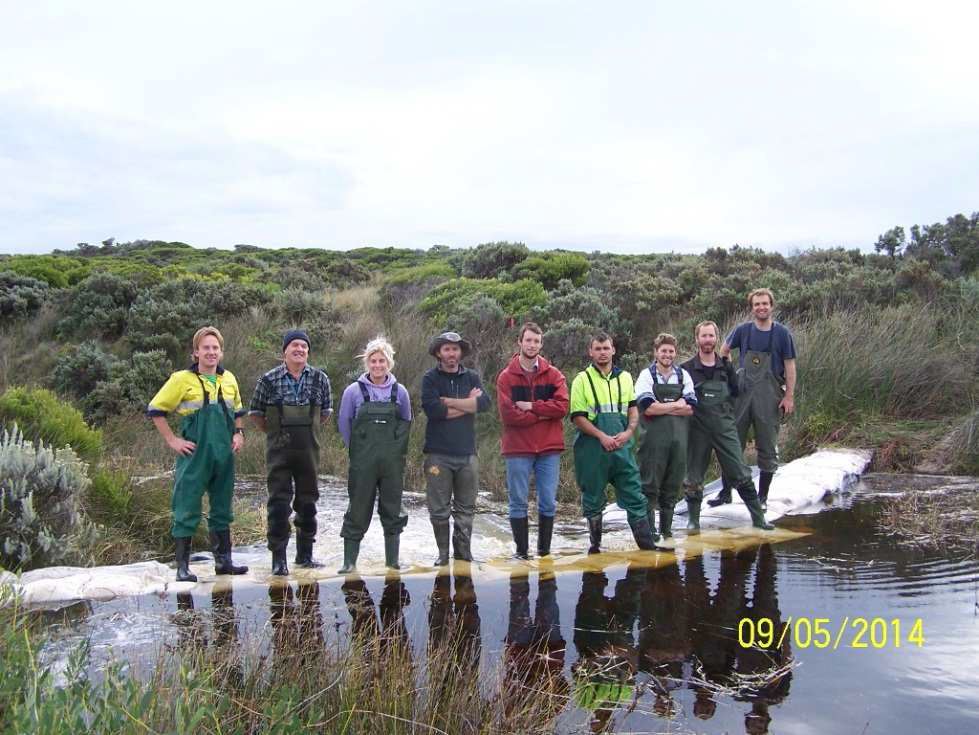 ‘Uncle Albert’, a Traditional Owner of the Gunaikurnai people was a much respected elder from the Gippsland region who sadly passed away in July 2014.

Uncle Albert Mullett was a champion for Aboriginal rights in Victoria, and was instrumental in leading a 15-year campaign for the historic Gunai Kurnai Native Title Settlement Agreement, signed in 2010.

Albert helped establish the Krowathunkooloong Keeping Place in Bairnsdale, providing information about the Indigenous heritage and culture of the Gunaikurnai people of Gippsland. He also played a crucial role in lobbying to have the Roundhead burial site protected from erosion and this project went on to win a Victorian Coastal Award For Excellence (Cultural Achievement) in 2007.

Uncle Albert’s devotion to his culture, his people and his country saw him inducted into the Victorian Indigenous Honour Roll in 2013.

With respect, the Victorian Coastal Council commemorates Uncle Albert Mullett and acknowledges his legacy with a posthumous Lifetime Achievement Award in coastal excellence. Neil Blake is well known as Melbourne’s “Baykeeper” and is considered to be the grandfather of the environmental movement within the City of Port Phillip. For nearly 30 years, Neil has worked tirelessly to care for the local environment and its people. Founder and director of the Port Phillip EcoCentre, Neil provides a diverse range of environmental and educational programs to engage, activate and empower the local community. As Melbourne’s Baykeeper, Neil is a passionate advocate for healthy waterways and beaches. Neil’s ability to connect with and encourage volunteers to protect marine and coastal environments also builds the capabilities of the next generation of environmental leaders. 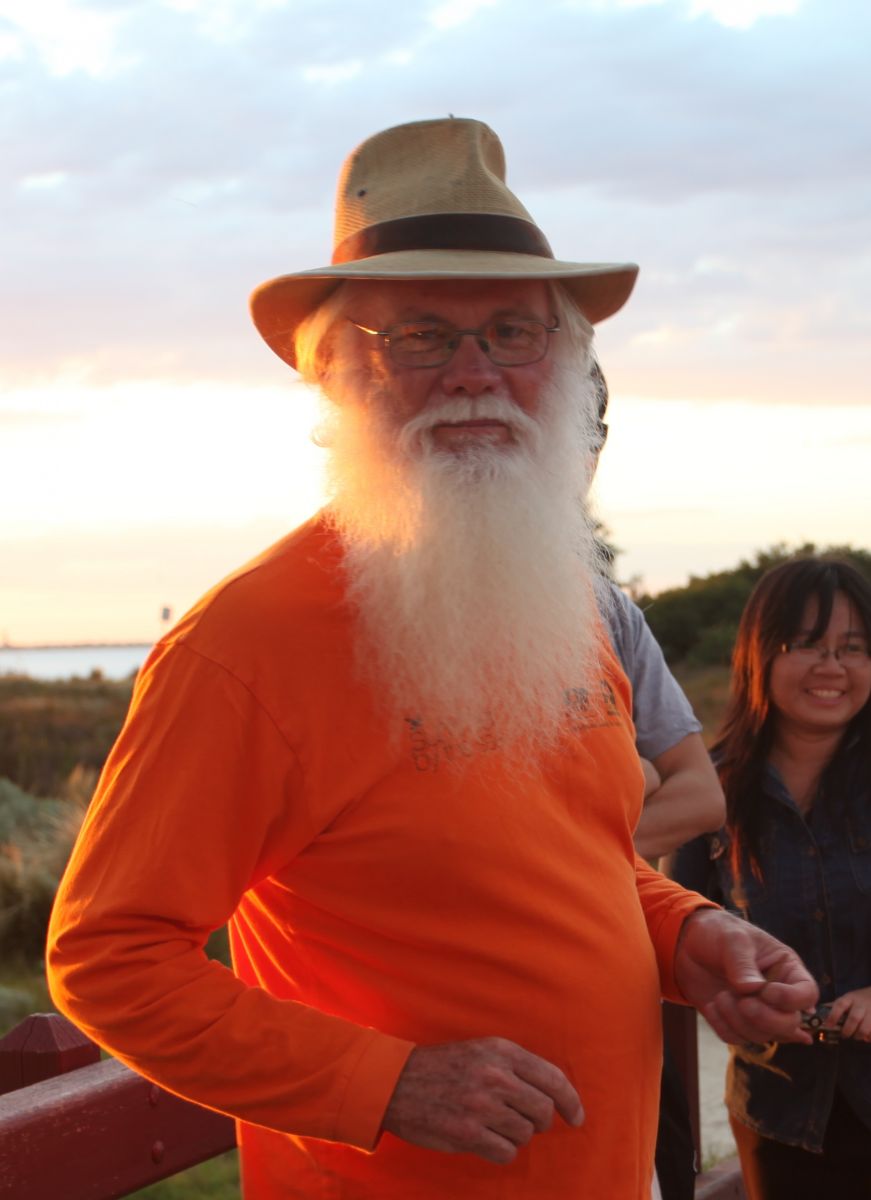 Paul van Leeuwen is dedicated to cleaning up the shorelines and beaches of Lake Tyers and the Gippsland Lakes. Large amounts of rubbish are collected on his many and extensive walks and kayak trips and later separated for recycling.

His single-minded determination and thoroughness has resulted in significant and noticeable improvement of the waterways. His activities are particularly remarkable in view that he is a young man who has autism. His efforts underscore the positive attributes of this condition, such as a highly rational and focussed response to concrete problems, and a determination to complete tasks. 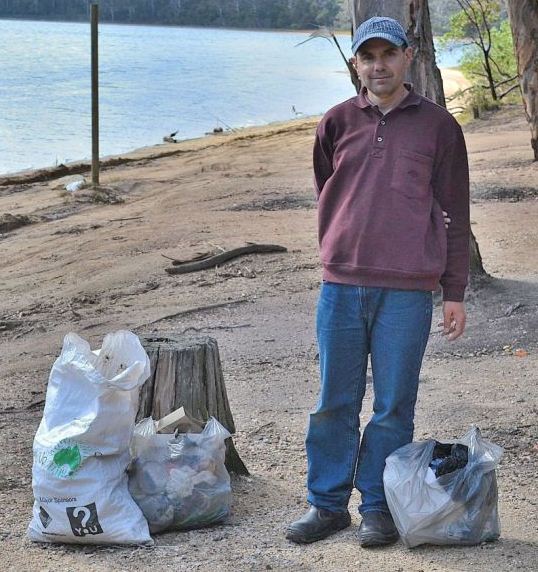 This award from the Victorian Marine Science Consortium is given to outstanding postgraduate research students.

Rhys is a PhD candidate at RMIT Univeristy. Under the supervision of Professor Dayanthi Nugegoda and Associate Professor Donald Wlodkowic, Rhys is studying the impact of temperature on the toxicity of petroleum hydrocarbons to native marine invertebrates with the use of novel 3-D printed and laser cut assays for customised flow-through testing. 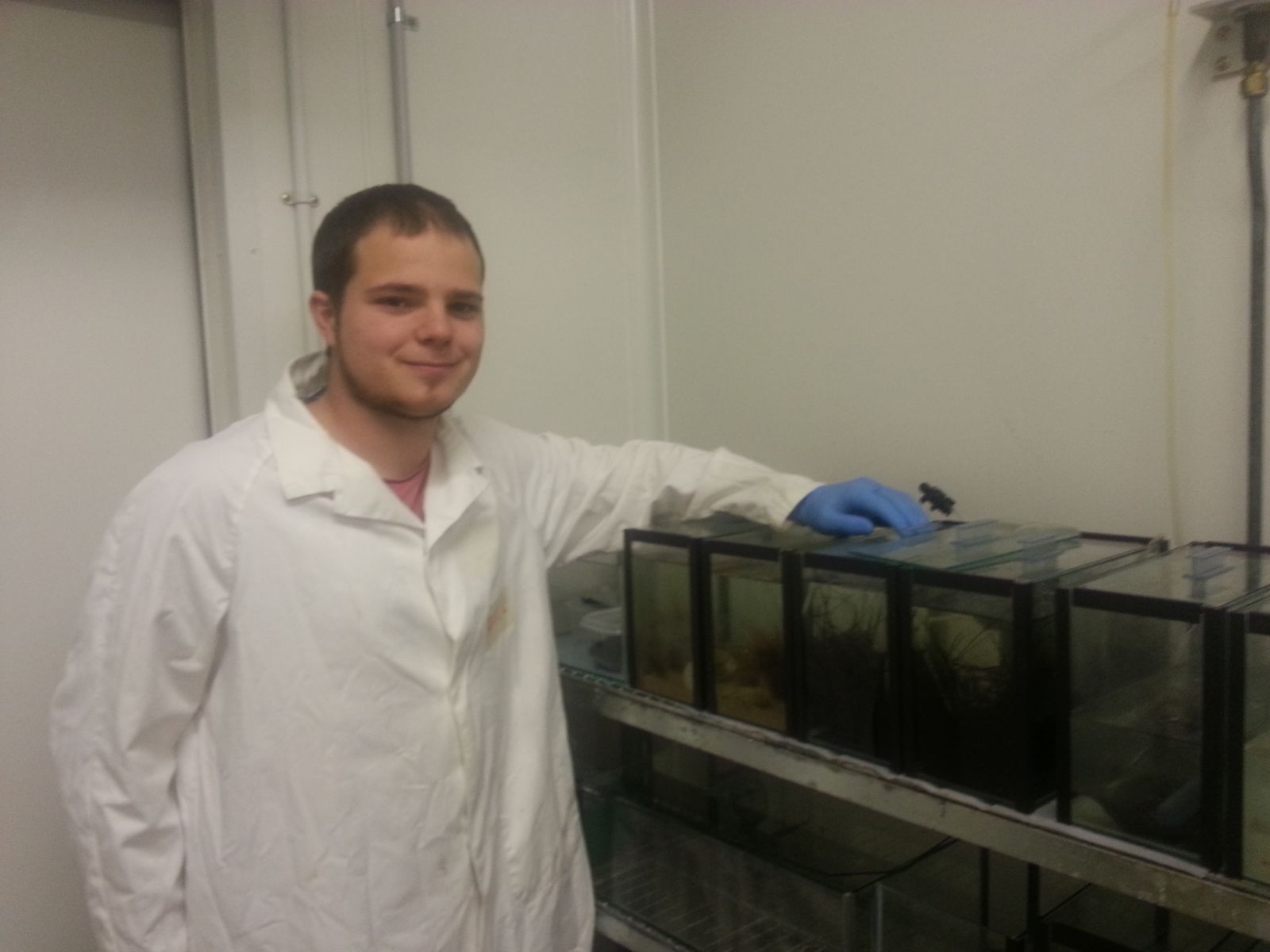 Natalie is completing a Master of Science in Biology and Biotechnology at RMIT Univeristy. Under the supervision of Dr Jeff Shimeta and Professor Dayanthi Nugegoda, Natalie is studying the effect of ocean acidification and ocean warming on sea urchins. 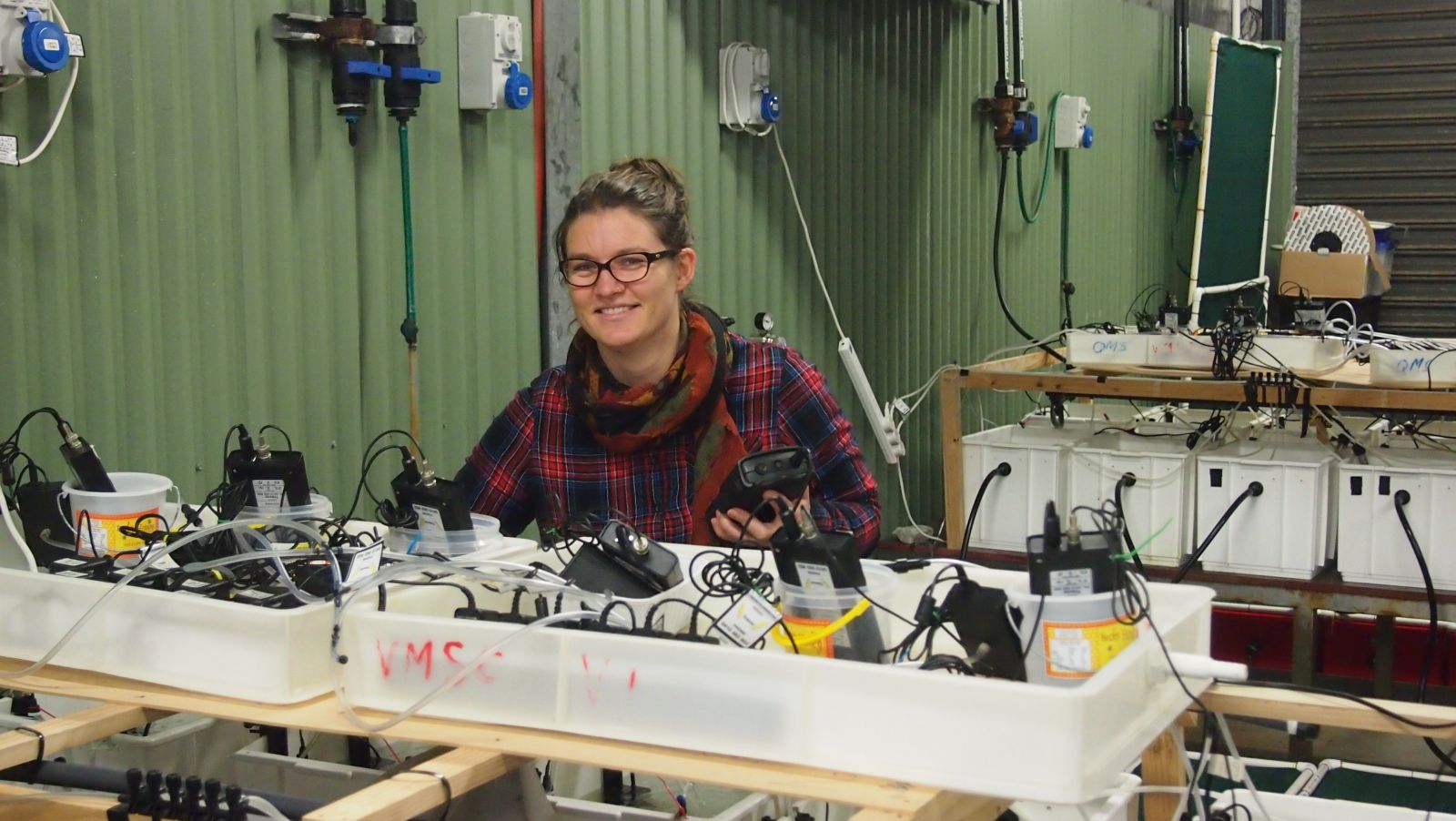